How do Australian Math Standards compare with Common Core? Are we doing it right?

I'm linking up today with Middle School Math Moments for Workin' on it Wednesday!

Recently a teacher from Queensland, Australia found my Math Assessments with Learning Goals and Scales. They were written for Common Core, and didn't align with her Year 3 classroom, so she asked if I would make one for her. Wow, that would be interesting I thought. I would love the challenge, and since I've spent so much time preparing the Common Core Assessments, it shouldn't be too bad, right? NO, it wasn't bad, it was phenomenal!!!

Ever ask yourself, “What in the world did these kids learn last year?”

Well, if you've had to try and align math skills and concepts from different grade levels in Common Core, you might notice that it is terribly un-sequential. A few grade level groups such as 1-3, 4-5, and 6-8 have some skills that build on each other, but many many of the grade levels will introduce material that wasn't directly taught in years before, and aren't called for very long afterward – meaning that children do not have a consistent opportunity to build mastery in every area from one year to the next. Why was the Common Core written this way? Good Question!! It was explained to me like this; there is x amount of material to cover in x amount of years, so let's divide it up between the different grade levels and make sure they all have about the same amount to cover. Brilliant!

The Common Core committee that wrote the standards also produced a series of documents called the “Progressions Documents for the Common Core Standards“which was essential to me in writing the scales for each standard. They explain that…

The Common Core State Standards in mathematics were built on progressions: narrative documents describing the progression of a topic across a number of grade levels, informed both by research on children's cognitive development and by the logical structure of mathematics. These documents were spliced together and then sliced into grade level standards. From that point on the work focused on refining and revising the grade level standards. The early drafts of the progressions documents no longer correspond to the current state of the standards.
(See link for citation info).

I think they made an effort, and it seemed logical enough to me, although still very difficult to align different grade levels to show a sequence of skills. Here's a few examples from the 4th grade standards – measuring angles, that is introduced in 4th grade with no previous background knowledge, and then disappears from 5th grade standards just as quickly. In my work I always cite the standards from different grade levels when they apply. The only one I could link to these 4th grade standards was 3.MD.7; adding and subtracting areas. Which really only counts if students are conceptualizing angles as the space between lines, and not the lines themselves. 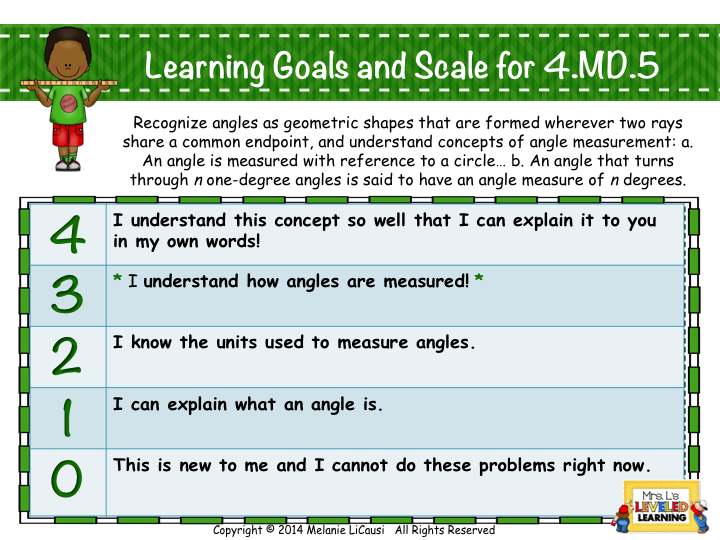 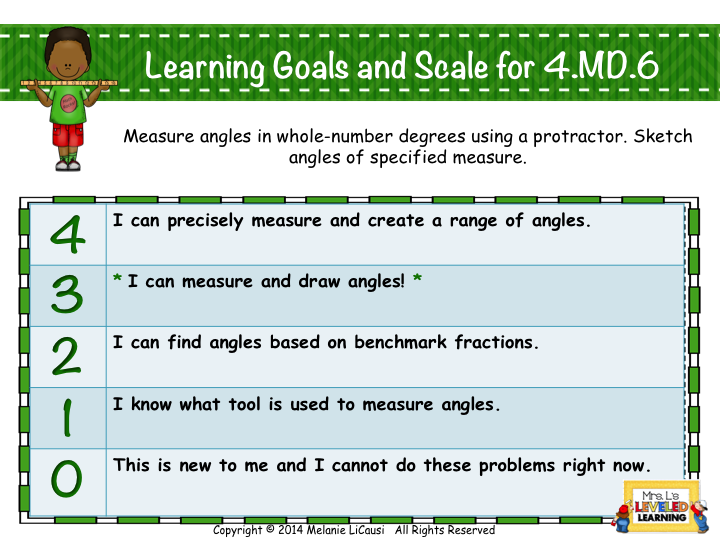 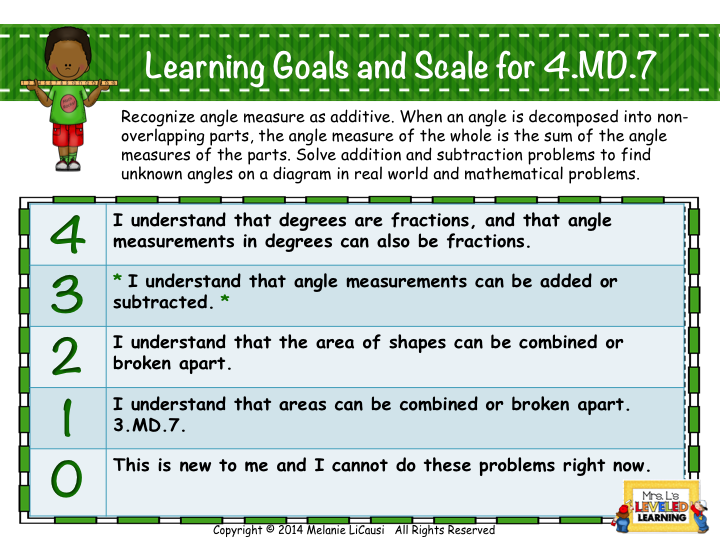 Then I saw Australia's standards… here's something comparable. This is a poster from a Year 3 standard that shows an actual progression of skills from Year 3 through Year 4. You can see how each one gradually builds on the next. This is typical of the Australian standards. B-E-A-U-T-I-F-U-L! 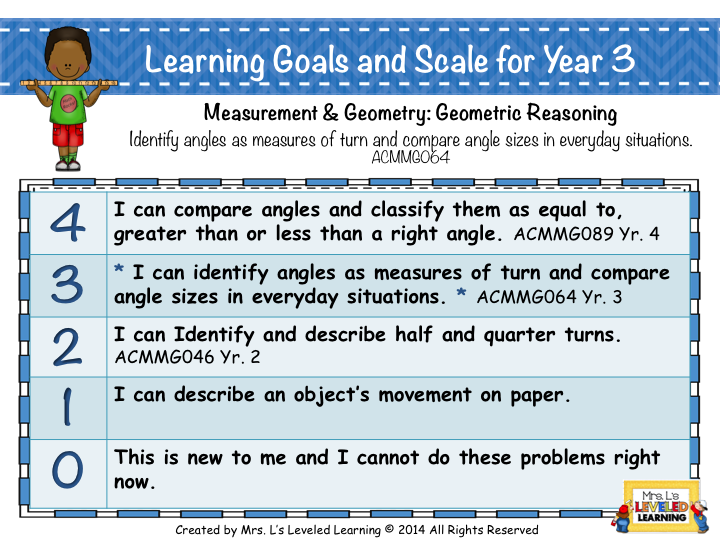 I am currently working with the teacher who made the request to revise the assessment document  to fit their phrasing and methods. The complete assessment, posters, and portfolio pages will be published on teacherspayteachers.com by the end of this month!

I realize that the Common Core Standards, like everything else in education, will change again. And when that happens, I will have a lot of revising to do! But, hopefully if enough of us have a say in it, we can arrive at a progression that works better for students and teachers. That would be nice. 🙂

Do you ever feel like differentiation is IMPOSSIBLE to accompish?

What if it could be just a few simple tweaks to your learning objective or class assignment?

What no one tells you is, there's more than one way to Differentiate!

You might modify how you plan lessons, introduce topics, give directions, ask questions, modify practice activities, homework or pre-made assessments.

This QUICK 3-page Cheat Sheet will put a list of ideas that you can use NOW!

These suggestions are perfectly aligned to Proficiency Scales and Standards Based Grading because every suggestion is correlated to a level of Marzano's Taxonomy.
You will have INSTANT ideas for making things easier or harder for your students. This is the fastest way to get started with Differentiation!

Then, Check your email to download your FREE copy immediately!

Thank You for Subscribing! Check your email for the FREE QUICK-GUIDE to INSTANT Differentiation!